Bess of Hardwick's Letters brings together, for the first time, the remarkable letters written to and from Bess of Hardwick (c.1521/2 or 1527-1608), one of Elizabethan England's most famous figures. Find out more
The online catalogue includes some 550 oil paintings and over 1700 works on paper dating from ca 1850 to 1903. The evolution of each painting from sketch to final oil is described and illustrated. Find out more
The Digital Catalogue documents, visually and textually, the first ten years of Andy Goldsworthy's ephemeral, outdoor practice. It replicates Goldsworthy's Slide Cabinet Index, and includes previously unpublished material from Goldsworthy's Sketchbook Diaries. Find out more
The resource provides ultrasound tongue imaging (UTI) and lip video of speech, magnetic resonance imaging (MRI) video of speech, and 2D midsagittal head animations based on MRI and UTI data. Find out more
The University of Glasgow’s Historical Thesaurus of English is a unique resource charting the development of meaning in the huge and varied vocabulary of English. It consists of almost every recorded word in English from Anglo-Saxon times to the present day, all arranged into detailed hierarchies of meaning. Find out more
The Metaphor Map of English shows the metaphorical links which have been identified between different areas of meaning. These links can be from the Anglo-Saxon period right up to the present day so the map covers 1300 years of the English language. Find out more
As told by some of Scotland's best writers, and illustrated with thousands of images from the collections of the city's world-famous libraries, museums and universities. From football to fashions, Auchenshuggle to Yoker, you'll find it all here. Find out more
James McNeill Whistler (1834-1903) was a major figure in 19th century printmaking and created 490 etchings. Over 9500 impressions of these prints have been located and investigated during the project, which completes a series of catalogues raisonnés of Whistler's oeuvre. Find out more
The resource includes historical research for all Berwickshire place-names on the Ordnance Survey 1:50,000 Landranger map, including more than 1,600 place-names and 7,000 historical forms presented via a series of interactive maps. Find out more
A publicly accessible, online scholarly edition of one of the most important archives of eighteenth-century medical "consultation letters", containing more than 20,000 digitised pages. Find out more 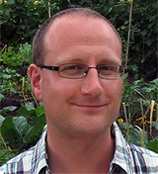 ARIES: Assisted Revision in English Style
ARIES is designed to assist you in your academic writing, through strengthening your grammar and developing your academic style.

Basics of English Metre
Using this app, you can learn more about English metre through a series of interactive exercises.

CARP: Chinese Art - Research into Provenance
CARP is a compilation of sources for provenance research of Chinese works of art, for use by institutions and researchers and featuring more than 1,600 images.

CMSW: Corpus of Modern Scottish Writing (1700-1945)
An electronic corpus of written and printed texts from the period 1700-1945, featuring over 350 documents and containing approximately 5.5 million words of text overall.

Edinburgh's Enlightenment, 1680-1750
An interactive map of Edinburgh locations of relevance to Allan Ramsay and the First Age of Enlightenment.

Editing Robert Burns for the Twenty First Century
The website hosts a number of digital resources produced to complement the new multi-volume edition of The Works of Robert Burns, including specially commissioned song recordings and interactive maps of Burns' tours.

Eighteenth-Century Borrowing from the University of Glasgow
This site allows users to work with images and data from the three registers that record student borrowings from Glasgow University Library during the period between March 1757 and January 1771.

English Grammar: An Introduction
Available as a website and an app for iOS and Android devices, this resource provides an introduction to the basic concepts underlying the grammar of Modern English via interactive exercises.

Essentials of Old English
The resource provides a short, structured linguistic account of Old English and features a series of interactive exercises to test your knowledge.

French Emblems at Glasgow
The project gives you access to all the French Emblem Books of the 16th century, along with their Latin versions when appropriate. A total of 28 emblem books are available in both transcribed and facsimile versions.

Historical Thesaurus of Scots
This pilot project resulted in a new online resource which aims to categorise the vocabulary of Scots, from the earliest records to the present, according to semantic field. It focuses on two categories that are rich in Scots vocabulary: weather and sports & games.

Interactive World Map of Burns Suppers
The broadest, most detailed record of Burns Night activities ever made to this day, featuring more than 2,500 contemporary Burns Suppers and Burns Night events, spreading across the 6 continents and nearly 150 countries.

Mapping Metaphor with the Historical Thesaurus
The Metaphor Map of English shows the metaphorical links which have been identified between different areas of meaning. These links can be from the Anglo-Saxon period right up to the present day so the map covers 1300 years of the English language.

Metaphor in the Curriculum
Available as an app for iOS and Android devices and as a website, the resource contains teaching materials, metaphor quizzes and a version of the Metaphor Map, which gives an overview of metaphor across the whole of the English language.

Other Europes: Re-visitoning Architecture & Design 1840-1940
A searchable collection of images, texts and essays in the field of central European architecture and design.

Regional Romanticism
The project develops recent work on the literature of Scottish Romanticism by bringing a new regional emphasis to bear, focusing on Dumfriesshire and Galloway during a sixty-year period between 1770 and 1830.

Robert Burns choral settings: from Schumann to MacMillan
The project presents audio recordings and accompanying commentary for twenty choral settings of works by Robert Burns by composers from across Europe since the early nineteenth century.

Romantic National Song Network
On this site you will find information about National songs published across the British Isles during the period 1750-1850, including detailed analyses of particular songs told via interactive timelines and 'song stories'.

Science Fiction and the Medical Humanities
An investigation into the significance of science fiction for the medical humanities, including an online database of primary and secondary resources to aid future research.

Scots Syntax Atlas
The Scots Syntax Atlas presents the results of over 100,000+ acceptability judgments from over 500 speakers on over 250 morphosyntactic phenomena. The Atlas also contains a text-to-sound aligned corpus of spoken data totalling 275 hours and over 3 million words.

SCOTS: Scottish Corpus Of Texts and Speech
The Scottish Corpora project has created large electronic corpora of written and spoken texts for the languages of Scotland, featuring nearly 4.6 million words of text, with audio recordings to accompany many of the spoken texts.

The Berwickshire Place-Name Resource
The resource includes historical research for all Berwickshire place-names on the Ordnance Survey 1:50,000 Landranger map, including more than 1,600 place-names and 7,000 historical forms presented via a series of interactive maps.

The People's Voice
The project examined the neglected impact that local poetry and song cultures had on Scottish popular politics in the nineteenth and early twentieth centuries, and features a database of songs and a collection of audio recordings.

TheGlasgowStory
As told by some of Scotland's best writers, and illustrated with thousands of images from the collections of the city's world-famous libraries, museums and universities. From football to fashions, Auchenshuggle to Yoker, you'll find it all here.